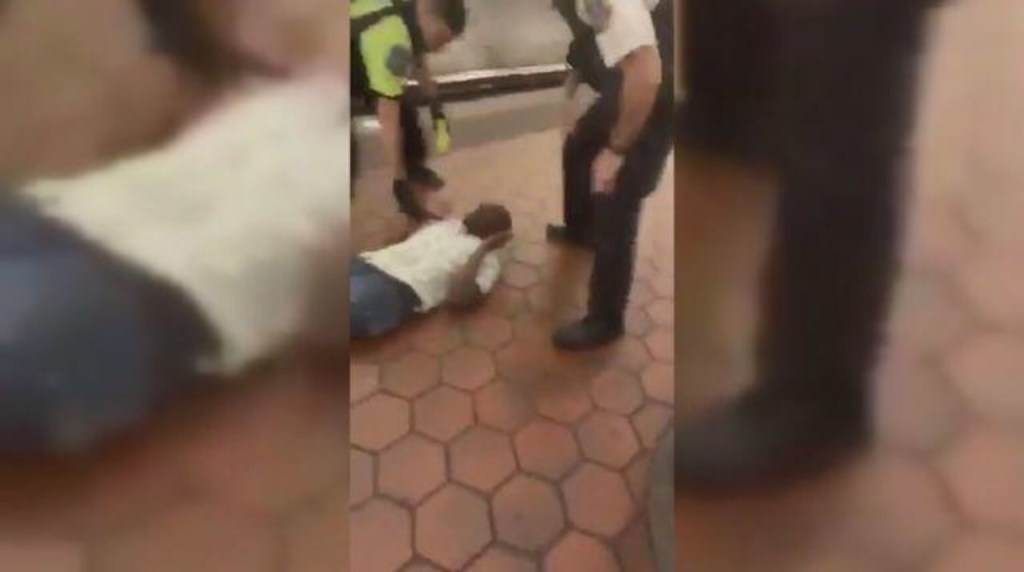 WASHINGTON — Three Metro Transit police officers are being sued after a video blew up online.

The footage, which was recorded in June 2019, shows a man getting tased and arrested after defending a minor being detained at the U Street-Cardozo Metro Station.

Tapiwa Musonza, who is seen in the video, and his lawyers spelled out a long list of charges against the Metro transit officers.

The charges include police misconduct, excessive force, and claims that the officers did not follow protocol.

“My life has already been stripped of my dignity as a man – as an African-American man, as a citizen, as a community member, and as a human,” Musonza explained how his life changed since the incident. “Just that one moment has derailed sacrifices that I’ve made.”

Police claimed Musonza looked like he was about to fight the officer in the video and was warned to back off.

Police said he did not obey their commands so they pulled out a stun gun and tased him.

However, Musonza had a different story.

He said the officer who shocked him came out of nowhere then began telling him to back up and pushed him into another passenger.

“I asked him ‘what are you doing?’ with my hands in the air to show that I am defenseless, I am not here to do anything aggressive,” Musonza explained. “That’s when the officer – I don’t know what triggered him – he dislodged his taser and tases me four times.”

Musonza was arrested and accused of assaulting a police officer, resisting arrest and obstruction of justice.

The charges were later dropped, but Musonza said the pain is still left behind.

“I have cognitive injuries. I am traumatized. I still suffer from my post-concussive syndrome. Justice has still not been served,” Musonza said.

She filed the lawsuit against three of the officers in this video claiming excessive force, false charges, failure to Mirandize, false investigation and more.

Ford also said Musonza’s long list of injuries and PTSD caused the Howard University graduate to drop out of a master’s program at MIT and to be without a job.

WMATA is not named in the lawsuit because of a law that prevents Metro from being sued for alleged civil rights violations.

The legal document is called the WMATA Compact, which serves as the agency’s guiding document. The transit authority ‘is not liable for any wrongdoings that happen in the performance of governmental functions.’

“In effect, what happens is when people have sued WMATA for police brutality, WMATA immediately dismisses those cases because you can’t name them and they always win on that,” Ford said.

There is a petition to get the law changed, but no official bill has been introduced in D.C., Maryland, or Virginia.

A WMATA spokesperson said the authority does not comment on pending litigation.

The officer who deployed the stun gun is under a routine investigation, and the other two officers named in the lawsuit are on active duty.